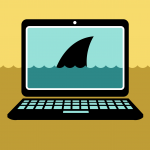 Recently, Finnish security researcher Joukou Pynnonen revealed a security flaw in Yoast’s WordPress SEO plugin which allowed hackers to take over the administrator account of any CMS on which the plugin was installed. One of the most popular SEO tools on the web; Yoast’s plugin has been downloaded nearly seven million times – meaning there’s a staggering number of WordPress sites impacted by the vulnerability. Unfortunately, this story is nothing new. END_OF_DOCUMENT_TOKEN_TO_BE_REPLACED