How Can You Tell If You’ve Got Negative SEO? 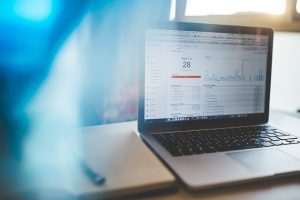 In any field, there will be unscrupulous people who use underhanded tactics to get ahead. The web is no different, especially where search engine optimization is concerned. There exists a ton of black hat SEO tactics that people try to use to get ahead.

Most of them don’t work.

See, even if Google isn’t keen on sharing exactly how their algorithms work, they’ve made no secret of the fact that they’re committed to stamping out spam wherever it surfaces. Updates such as the one made to the Penguin algorithm in 2012 were specifically aimed at penalizing sites that engaged in strategies like manipulative link building.

Moreover, Google itself has said in the past that there’s almost nothing a competitor can do to harm someone’s SEO.

So…that’s it, right? Google said you’re safe, so there’s nothing to worry about? Not exactly.

Even though negative SEO is incredibly rare, it is still something you should pay attention to. Left unchecked, it can do some serious damage to your PageRank. The good news is that it’s quite easy to defend against the most common tactics.

Negative SEO might not be the boogeyman some make it out to be, but it does exist. There are plenty of people out there who’ll try anything to get ahead – including using such underhanded tactics. Fortunately, so long as you’re aware of the most common negative SEO strategies, you can rather easily defend yourself against them.

Either way, you probably shouldn’t lose much sleep over the matter – just focus on building a great website, and you’ll be just fine.