How Content Management Systems Are Addressing The Mobile Era 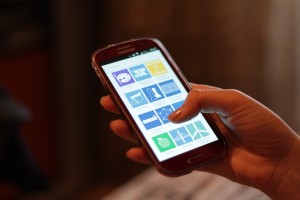 What do WordPress, Drupal, Joomla!, and pretty much every other market-leading content management system have in common?

Simply put, they’re having just a little bit of trouble adapting to the small screen. As smartphones and tablets become more and more ubiquitous, the need to design websites that can adapt to different screen sizes grows ever more pressing. A poorly-optimized site alienates mobile visitors – and given that as of last year, 60% of Internet access was done on mobile devices, that represents a huge chunk of your audience.

You’d think that, in light of this, every major CMS on the web would have taken steps to address mobile technology – you’d think every major platform would have jumped immediately to take care of the mobile problem, right? Unfortunately, you’d be wrong.

The simple truth is this: the majority of content management systems haven’t done as much as they need to in order to adapt to the mobile web. Most of the steps they’ve taken have been cursory at best; doing little to address new devices on their own. In most cases, it’s been community-designed plugins that have picked up the slack (more on that in a moment).

“Unfortunately, the CMSes of note have adapted to the new mobile era in only superficial ways,” explains Mobiforge’s Mark Anderson.  “This is likely due to their legacy of being conceived at a time when common screen widths was the deciding factor in web design decisions. When the desktop was the only conceivable platform for web content to be viewed on. And when the concept of mobile web consumption was limited to niche WAP interfaces typically delivering narrow ranges of information.”

According to Anderson, the tactics implemented by the majority of CMSes leaves something to be desired. They code in some light device detection that changes the template through which content is served, and call it a day. The problem with this approach is that “it focuses almost entirely on keyword detection in the browser’s user agent and rarely incorporates the real device detection capabilities that are now possible.”

“The template switching mechanism is also a poor solution to the problem,” he continues. “When template switching is not used, sites often opt instead for templates which use responsive web design (RWD) techniques. These try to redraw themselves given the screen dimensions they end up rendering on. And while RWD is a good stop-gap measure, and the savior of the garage web developer, it fails to actually adapt the web content served to suit the platform being using.”

How You Can Take Charge Of Your Mobile Website

Alright. Now that we’ve spent a healthy amount of time bashing the measures CMSes have been taking to make content mobile-friendly, let’s talk about what you as a webmaster can do to adapt your site. I mentioned earlier that there exists a host of plugins for pretty much every CMS that’ll allow you to do just that – do a bit of research on the marketplace of your chosen platform, and I’m certain you’ll find at least a few.

It’d also be worth your time to read the rest of Anderson’s article that I cited above. He’s got some excellent ideas about mobile website design, including finer pagination, easier scrolling, modified images, and different authorship of text. We’re going to focus on that last one, since it serves as a perfect segue into a discussion of how content should be modified for mobile devices.

But first, a show of hands. Of those of you who browse the Internet on your smartphones or tablets, how many of you spend more than a few minutes on a single website? How many of you are willing to read through a pages-long article when there are infographics and piecemeal pieces you can gobble up in a few seconds?

I’d imagine that number falls somewhere between slim and none.

“Consensus holds that mobile audiences are like hummingbirds,” says AdAge’s Tim Peterson. “They flit from site to site and app to app, never spending too much time in one spot. They “snack” whereas they used to dine when on desktop computers.”

If you want a concrete idea of what snackable content looks like, sign up for a Tumblr account. That’s the sort of stuff people on mobile devices are eating up these days; and it’s precisely the type of content you should be shooting for if you’re to truly optimize your site for mobile. I’m not saying you need to rid yourself of long-form content – the best websites have a balance of the two – only that you need to make sure you’re putting up posts that can be consumed quickly and easily by mobile users.

As many of you have probably noticed, this piece sounds as though it’s severely critical of most of the top content management systems. While it’s true that I believe CMSes should be taking more steps to optimize things for mobile users and webmasters, I don’t fault them for focusing on other things – especially when their development community is picking up the slack for them. Such reliance is potentially dangerous, however – particularly when Smartphones and tablets are quickly becoming the primary means through which users access the Internet.

Think for a moment about what might happen to WordPress and its competitors if a new CMS were to surface; one that’s perfectly and natively adapted to serving content to mobile devices. Think for a moment about what that might mean for the current market leaders. I think you all know the answer – and it’s something akin to what happened to Research in Motion with the birth of the iPhone.