AHosting Blog > Security > CMS-Targeted Attacks Are Only Going To Get More Frequent: Here’s How To Protect Yourself
Daniel Page | April 7, 2015
No comments 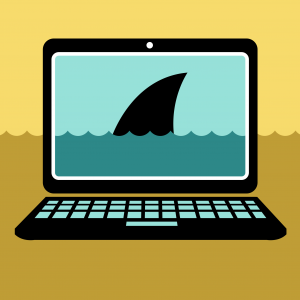 Recently, Finnish security researcher Joukou Pynnonen revealed a security flaw in Yoast’s WordPress SEO plugin which allowed hackers to take over the administrator account of any CMS on which the plugin was installed. One of the most popular SEO tools on the web; Yoast’s plugin has been downloaded nearly seven million times – meaning there’s a staggering number of WordPress sites impacted by the vulnerability. Unfortunately, this story is nothing new.

It seems like every week, there’s some new crisis that content management systems have to deal with. There always seems to be some new vulnerability, new attack vector, or exploit that allows hackers to seize control of a site (or simply access a ton of sensitive information). More often than not, these security flaws are plugin-based; the result of poor coding or an oversight on the part of the developer.

If you think these vulnerabilities are popping up more and more frequently, you’re not imagining things. They are, and you shouldn’t be surprised. Content management systems run nearly 40% of the world’s websites, so it’s only natural that they’d become frequent targets – and that’s without even accounting for the fact that, thanks to their relatively open architecture, they’ve more points of attack than any other platform on the web.

That isn’t to say they’re inherently insecure, mind you. WordPress core, for example, is one of the most secure website creation tools in the world – provided, of course, you take the necessary precautions. That’s what we’re here to talk about today – what are those precautions?

In light of the fact that content management systems are being targeted with increasing – and alarming – frequency, how can you keep yourself safe?

There’s a reason we seem to hear about a new CMS vulnerability or attack vector every single week. Content Management systems are on the fast-track to becoming one of the most frequently-targeted mediums for cyber-criminals. It’s never been more important that you keep your stuff secure – no matter what platform you happen to be running.

If you aren’t regularly patching out vulnerabilities, taking proactive steps to manage your security, and keeping your passwords and accounts strong, then you’ve only yourself to blame if your installation ends up getting compromised.