The Five Greatest Strengths Of MODX 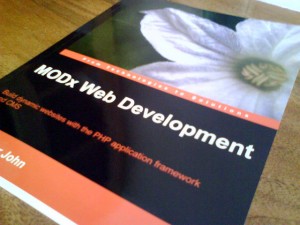 Although it might not rival WordPress in terms of popularity, MODX is nevertheless one of the most widely-used content management systems in the world.  Perhaps the primary reason the latter doesn’t eclipse the former is tied to ease of use. MODX tends to be a touch more difficult to use than WordPress, which is one of the simplest no-fuss platforms online.

Of course, proponents of MODX claim that the initial difficulty curve is more than worth it when stacked against the sheer power and freedom it offers them. Is this true? Just what is it that makes MODX such a formidable CMS?

First and foremost, MODX offers its users almost unprecedented versatility – to an even greater degree than WordPress, which is highly versatile in its own right. The way MODX is designed allows it to power virtually any genre or type of website, from simple weblogs to news publications to digital storefronts to community-driven image-boards. Any website you can imagine could be created in MODX, given enough time.

It Allows For A Significant Degree Of Customization

Believe it or not, MODX’s versatility isn’t even its greatest strength. The level of customization it offers the developer borders on insanity. Everything – and I mean everything; both backend and front – can be tweaked and modified to suit your needs. What this ultimately means is that you can control every single facet of your website. You decide how everything looks, feels, and operates.

The Community Is Fantastic

MODX’s community is thriving, with helpful developers coming in droves to answer questions posed to them by novices and peers alike. Professionals at all levels are both willing and able to address any issues you might have with the platform, both on the official forums and on the larger web. It borders on having your own official support plan…except that you don’t need to pay anything for it.

It’s Secure, And Easy To Upgrade And Patch

WordPress gets a lot of flak for its poor security, and it seems like every other week some new vulnerability has surfaced. On some level, this isn’t terribly surprising. The plugin ecosystem for the platform is something of a free-for-all, with plenty of poorly-coded applications perfectly capable of completely destroying one’s website if installed. There’s also the popularity of the platform to consider: given that WordPress is the most widely-used content management system in the world, it will attract more hackers looking to exploit whatever vulnerabilities they can.

Because of these, MODX tends to be naturally more secure than WordPress. The do-it-yourself nature of the CMS coupled with its community means that it’s relatively easy to quickly upgrade and patch out whatever security vulnerabilities might surface.

Once You Get Past The Initial Learning Curve, It’s Quite Simple To Use

Last, but certainly not least, MODX actually isn’t that rough a CMS to use. It just happens to look a little intimidating at first. Once a designer or developer manages to make their way over the initial learning curve, they’ll find themselves equipped with one of the simplest, most full-featured website creation tools available.

MODX may not be as popular as WordPress – it may well be too complex for many users, who don’t need to exert as much control over their websites as it offers. Even so, it remains one of the most formidable content management tools on the web. Its excellent community, versatility, and unprecedented level of customization makes it a great choice whether you’re a developer or a designer.